More than half a million young adult women are diagnosed with cancer annually across the globe. Sadly, in addition to the debilitating effects of the cancer itself, the hormone changes caused by cancer and its treatments can result in biological and psychological factors that undermine enjoyment of sexual intimacy.

A recent research study published in the peer-reviewed journal Acta Oncologica reports that young women cancer survivors are at much higher risk of sexual problems, including loss of libido and pain during sex. The study was one of the largest of its kind, and also revealed that the cancer and treatment type influence the quality of a woman’s sex life.

The findings in the Acta Oncologica study are based on almost 700 women diagnosed with breast and other cancers before the age of 40. The study results showed that two out of three women in the study experienced sexual dysfunction problems that were related to their cancer treatment.

The study revealed that a significantly higher proportion of these cancer survivors experience sexual intimacy difficulties, including:

The authors of the study – including a team of researchers from Uppsala University and Karolinska Institutet in Sweden – urged the medical community to provide sexual well-being support to cancer survivors where appropriate. They emphasized that hormone replacement therapy (HRT), is among the strategies that they suggest to help restore enjoyment of sexual intimacy.

The study’s lead author and principal investigator Lena Wettergren (Professor in Care Sciences at Uppsala University) said, “We recommend development of specific interventions directed to women in addition to offering counseling and other aids.”

Treatments for Sexual Problems After Cancer

The Viveve procedure applies targeted radiofrequency (RF) energy to the vaginal tissue and walls, using a slim wand. The RF thermal energy stimulates renewed collagen and elastin production in the vagina, labia, and surrounding tissue. This strengthens and thickens the walls of the vagina and surrounding pelvic structures.

Viveve Vaginal Rejuvenation incorporates a cooling process that ensures a comfortable and painless procedure. Just a single one-hour Viveve vaginal rejuvenation treatment is all that is needed – and because it is non-surgical there is no recovery period and no downtime.

As the vaginal walls become thicker, stronger, and more lubricated, the vagina feels tighter, sexual sensation and orgasm are improved, libido increases, and sexual penetration is no longer painful.

Reduced hormone production is one of the most common side-effects of cancer and its treatments. And declining levels of estrogen and other female sex hormones can lead to a wide range of sexual problems. But replacing deficient hormone levels with hormone replacement therapy can alleviate many of a cancer survivor’s sexual problems – and help restore a healthy and comfortable sex life.

Collagen and elastin production is necessary for building and maintaining strong, thick, firm, elastic skin and tissue anywhere on the body. The human body cells that are responsible for stimulating collagen and elastin production are called fibroblasts. But fibroblasts are only activated when exposed to estrogen. So, when a woman’s estrogen levels decline due to cancer or cancer treatment, the vaginal tissue starts to deteriorate – losing strength, elasticity, and lubrication.

And as the vaginal tissues to becomes thinner and less elastic, pain during sex, decreased sexual sensitivity, loss of libido, and other sexual problems can occur.

Tutera Medical can insert time-released, subdermal (under the skin) hormone pellets in our Scottsdale, Chandler, or Glendale, AZ office that steadily and consistently releases low doses of hormones for several months with just a single insertion.

And, unlike the synthetic (man-made) hormones that are created in a laboratory, bioidentical hormone replacement pellets are derived from 100% natural plant-based sources. These bioidentical hormones contain the exact same molecular structure as the human body’s naturally produced hormones – making them safer, as well as more easily and effectively used by the body’s cells and organs.

By replacing and rebalancing missing hormones, SottoPelle Method hormone replacement therapy can help a woman of any age enjoy an active and satisfying sex life after cancer.

The caring medical providers at Tutera Medical with offices in Scottsdale, Chandler, and Glendale, AZ are among the only physicians in the greater Phoenix, AZ to offer both Viveve and SottoPelle Method hormone replacement therapy. These revolutionary treatments can help cancer survivors reinvigorating their sex life and restore intimacy and sexual pleasure after cancer treatment.

Call Tutera Medical today to schedule a consultation at our Scottsdale, Chandler, and Glendale, AZ office, and we will help you identify the treatments that are right for you. 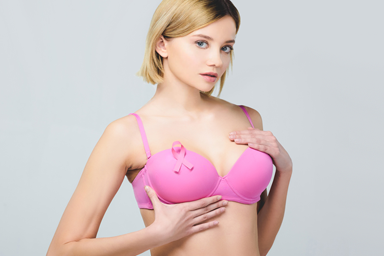 “Skin Botox:” What is the Korean Trend of Glass Skin? 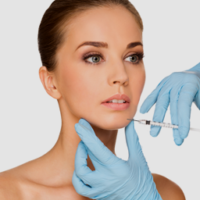 Non-Surgical ‘Facelift’ with Juvéderm Volux for Jowls
Scroll to top