Which Vaginal Rejuvenation Treatment is Best?

Painful sex? Loose vagina? Embarrassing bladder leaks? These are extremely common problem that affect more than 50% of women as they navigate the body changes of perimenopause and menopause.

Until recently, surgical vaginal tightening (vaginoplasty) was the only option for women suffering from vaginal laxity. However, in the past 15 years, a number of innovative, non-surgical vaginal rejuvenation therapies have been developed to address these frustrating problems.

What is Vaginal Rejuvenation?

The vaginal walls are really flexible or “elastic” muscles and tissue that stretches during delivery, expands during sexual penetration – and then “snaps back” into place once it is over. In contrast, as women get older, hormonal changes weaken the muscle and connective tissues in and around the vagina, causing it to become less elastic as well as less lubricated.

The resultant vaginal laxity and dryness can have a detrimental effect on both a woman and her partner’s pleasure during sexual encounters – and may also lead to symptoms such as vaginal itching, painful intimacy, and bladder leaks.

Vaginal rejuvenation procedures not only “tightening up down there,” but can also address a variety of vaginal problems, including: lack of vaginal lubrication, uncomfortable sex, incontinence, and the inability to achieve satisfying orgasmic climax. Laser and RF vaginal rejuvenation treatments can also restore the look of the labia, by replenishing its plumpness, tightening drooping labia lips, and smoothing wrinkled labia tissue.

Previously, vaginal tightening could only be achieved through vaginoplasty surgery. During vaginoplasty anesthesia is required and a surgeon creates incisions on the inside of the vagina. Then the vaginal wall is stretched and pulled taut and stitched back into place.

The recovery period for vaginoplasty surgery is painful and usually takes up to three weeks.  There are also certain dangers associated with surgery such as scarring, reaction to anesthetic and risk of infection. But revolutionary new vaginal rejuvenation treatments can eliminate the need for surgery.

Viveve® and ThermiVa® are both radiofrequency treatments that make use of a tiny probe or wand that is placed into the vagina to gently administer pulses of radiofrequency. This thermal energy restores and remodels the collagen and elastin in the vaginal and labia.

There is no anesthetic needed because the outer layer of skin remains intact.

On the other hand, laser vaginal rejuvenation procedures like MonaLisa Touch use “fractional ablation” to remove the top, outer layer of skin cells to promote vaginal collagen and elastin synthesis in the labia and vagina.

Because laser vaginal rejuvenation procedures such as the MonaLisa Touch are “ablative,” an anesthetic (numbing cream or shot) must be administered before the procedure to prevent discomfort.

Following treatment with the MonaLisa Touch, individuals may suffer mild spotting, cramps, crusting, leaking, or discharge of tissues. Patients undergoing laser vaginal rejuvenation must also refrain from having sexual relations for a period of several days after treatment.

It is suggested that you have three MonaLisa Touch treatments spaced six weeks apart.

Juliet, DiVa, Femilift, and IntimaLase are some of the various other laser vaginal rejuvenation procedures available, all of which are also ablative.

Why Viveve Vaginal Rejuvenation is Best

When compared to laser procedures, radiofrequency (RF) vaginal rejuvenation therapies – such as Viveve® and ThermiVa – have the benefit of requiring no anesthesia to be administered. RF radiation is “non-ablative,” which means it does not cause any skin cells to be destroyed during treatment.

In fact, most radiofrequency (RF) vaginal rejuvenation therapies – such as Viveve® and ThermiVa – allow patients to resume sexual activity on the same day as their treatment.

Viveve® also has a number of additional benefits over ThermiVa. In comparison to ThermiVa, Viveve® has a greater capacity to penetrate vaginal tissues- reaching 8-10 times deeper than ThermiVa – resulting in more effective vaginal tone and tightness. In addition, Viveve® has a cryogen-cooling tip, which makes it much more comfortable to use than ThermiVa.

Viveve® offers a higher degree of efficacy, a better track record for safety, requires no anesthetic, offers improved comfort, has no side effects, requires only one treatment, and has no downtime.

At Tutera Medical, Viveve® vaginal rejuvenation has helped hundreds of women in the Scottsdale area tighten a loose vagina, reduce bladder leaks, and enhance sexual intimacy with only a single treatment!  There is no downtime, and you will notice a difference in your vaginal health within a few weeks after having the procedure.

If you’re interested in finding out if Viveve® vaginal rejuvenation can improve your sexual intimacy and quality of life, please contact us for a private and confidential consultation. 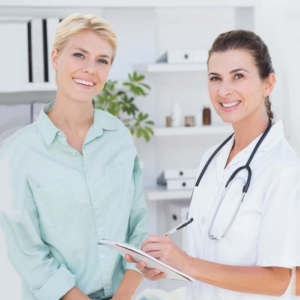 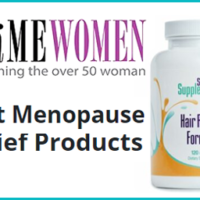 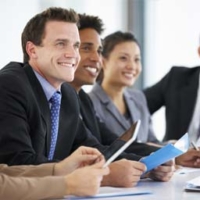