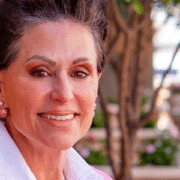 The number of ‘women running healthcare companies in Arizonia grows as they bury archaic stereotype. 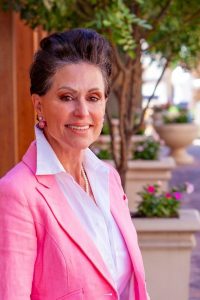 CAROLANN TUTERA, owner and CEO SottoPelle & Tutera Medical LEADERSHIP: “You need to be compassionate with your employees. You need a vision that they follow, you need to be effective in communicating with them and you need an open-door policy with them”

There are many layers that make up a woman. She is a daughter, a wife, a sister, a mother, a grandmother and a niece. She can be the breadwinner, the caretaker, or even both. But now, she is also a leader.

Women are the main decision makers for their families when it comes to healthcare and they make up the greater half of the industry’s workforce. As of 2017, 50.7 percent of new medical school enrollees were women, exceeding the percentage of men for the first time, according to the Association of American Medical Colleges.

Even so, only 26 percent of all executive positions in healthcare are filled by women, despite their overwhelming presence in the field.

But Arizona women have made considerable ground in closing the gap. Some women say that the medical field has become less of a male-lead workforce and more as an equal-opportunity field.

“Over time, women have had the ability to achieve executive leadership positions by the nature of applying some academic learning as well as life experience, and bringing that to the organization and applying a leadership that is different,” says Sharon Lind, CEO of Banner Ironwood Medical Center and Banner Goldfield Medical Center.

Banner Health is a trailblazer, with eight if its 14 Arizona-based CEOs being women. Healthcare brands like Red Mountain Weight Loss and SottoPelle are also headed by female founders and CEOs.

“I think women tend to be nurturers, so that runs well with careers in healthcare,” says Dr. Suzanne Bentz, the medical director and owner of Red Mountain Weight Loss. “That being said, there’s a lot of barriers to women in healthcare.”

Those barriers include stereotypes that physicians, leaders, executives and CEOs in healthcare are traditionally men, Bentz says.

Bentz adds that despite these “hard-fought stereotypes, women are excelling and succeeding.”

Some women procure the position as the original founder and visionary of the company, while others work their way to the top, starting out low on the totem pole and building up to CEO. But all of them show the power of the next generation of women.

The healthcare field has many moving parts that interlock at its core mission: healing people. But the complex, opportunist field is not for the faint of heart.

For clinicians, nurses and executives alike, no two paths to a career in healthcare look exactly alike.

Kim Post, HonorHealth’s CEO for the Hospitals Division and chief clinical officer, was introduced to the medical field at an early age due to her younger sister’s chronic illness. She traveled with her mother to see the pediatricians, physical therapists and speech therapists who treated her.

“It just became very comfortable to me,” she says. “My mom worked in hospitals all of her life and it just became a natural path for me.”

Initially setting her sights on becoming a physical therapist, Post decided last minute to go into nursing because it would afford her more time with her patients, a decision she says she has never regretted.

Her experience as a nurse and frequent weekly visits to hospitals as CEO gives her an insight she may not have had otherwise, understanding how her decisions ultimately affect her patients.

Dr. Traci Pritchard, the current president of the Arizona Medical Association and a radiologist, discovered her love for the fast-paced hospital atmosphere while she was studying to go into finance. During her studies, she worked at a hospital in the evenings to earn money and felt a rush of energy every time she stepped foot inside.

Understanding that a desk job wouldn’t satisfy her and intrigued by the doctors she worked with, she switched her major to pre-med and later got accepted into medical school.

“It wouldn’t sustain me forever,” she says, regarding her business and finance studies. “I knew I wanted to get involved in something deeper and more intellectual.”

For Judy Rich, the president and CEO of Tucson Medical Center, her decision to become a nurse came with the passing of her father only three days after her high school graduation. But her love for people married well with the decision.

“I don’t think I would have chosen nursing if I didn’t already have a passion and a personality to want to help people,” Rich says, adding, “It wasn’t a complicated thing for me. I didn’t think about it long and hard.”

But like other women in her position, Rich experienced the pull of being a mother and working woman and the nagging doubts that came with it. A single mother, Rich worked as a nurse at night after her children were asleep to make ends meet. Working and taking care of her children came with what she called a “series of tradeoffs,” but she never underestimated the power of showing up; a sentiment that has turned into her motto.

Dr. Bentz initially received her degree in nutrition as both a part of an interest in health and a passion for people struggling with their weight.

“As a young child, I suffered from childhood obesity, so that had an impact on me,” Bentz says. “I think out of that pain, I created my passion for helping people come back.”

Realizing that she wanted to do more for the community, she went to medical school and entered the medical field more than 25 years ago and ultimately founded Red Mountain Weight Loss several years later.

Lind, who holds a master’s degree in business administration, made her break into the field after spending time as a financial officer in retail.

“Healthcare, for me, provided more complexity,” she says. “It’s ever-changing and the complexity is very fascinating to me, so I embrace the opportunity to be in an organization that’s influencing healthcare.”

Her interest in the growing field and her passion for helping people segued into an extensive history of executive leadership in healthcare, overseeing multiple hospitals across the United States in her career.

Many industry trailblazers hope having strong, dedicated women healthcare leaders and role models will inspire the next generation of women to follow in their footsteps.

Each woman leader in healthcare describes qualities that she hopes to have, and most say that leaders are patient, humble, fearless, transparent and compassionate. All of these tie into the hard part of being a leader: making the tough decisions, taking risks and providing a vision for the future.

For several women healthcare leaders, their leadership meant making big changes, like completely reworking the hospital’s budget and bringing stakeholders to the table to agree on their new approach to patient care; a feat easier said than done.

“I think the No. 1 quality for me has always been honesty and integrity and a certain transparency,” Rich says, emphasizing a need to be open to change, criticism and new opportunities.

Since one’s health is such a personal, delicate thing, having these qualities and leading in this way makes the hospital run much smoother for both the patients and staff. Showing the patients the human behind the executive’s desk with transparency and unabashed vulnerability is what makes a hospital like Rich’s run so efficiently.

Another unique, but crucial, quality is being a team player and not just a coach. Lind gives her team members the platform to provide their thoughts on the hospital’s vision, saying that their thoughts and opinions shape the entire hospital. She also emphasizes the importance of explaining the reason behind each decision to her team.

“I have a strong belief that we’re in it for a higher purpose and to enrich the lives of others,” she says. “When you share that leadership fingerprint with others, they get an opportunity to know me in a deeper way.”

For women looking to break into the medical field and procure leadership roles, it may seem like an impossible feat. But with a little guidance from the experts, it doesn’t seem so impossible. In fact, all of the women in leadership positions now had a role model within the healthcare field who served as a catalyst in their path to leadership.

Dr. Pritchard advises women to understand and acknowledge their professional currency and value to a company early on, citing the fact that women often undervalue their worth as employees.

“Early on, take the risk and put yourself in the position where you’re willing to risk your job if you demand being valued,” she says. “The sooner you start doing that at a younger age, the more your professional currency goes up.”

As an ever-evolving field, healthcare keeps its workers on their toes, so being open to ambiguity and accepting of change is important; a skill that both Post and Lind says was important to have.

At the same time, Post also recommends working in the present and leaving no task unfinished.

“You should always set your sights on doing a really good job in the role you’re in before you want to move on,” Post says. “You can’t leave a mess behind you.”

A diligent work ethic such as she describes helped build a solid reputation for Post within HonorHealth, who joined as a staff nurse and steadily climbed the ladder to her executive leadership role. With healthcare always evolving, remaining consistent and reliable will leave an impact on people.

“In general, women have to remain confident, surround themselves with supportive role models and keep reaching for that ceiling,” Dr. Bentz says. “Training, education and persistence are what it’s all about, and a belief in yourself.

“And then, of course, passion,” she continues. “You’ve got to be passionate about what you’re doing. It’s my passion that drives everything that I do.”

Advice from the top

Advice: “Look for things beyond what you currently do. See where your interests are. What is it that you think that you’re good at? Where are areas where you want to expand?”

Advice: “Realize that you will be a business owner, wife, mother, daughter and homemaker all in one. It’s challenging, but with the right spouse and supportive family, it is possible.”

Motivation: “I have always likened the draw to become a physician as a noble and true calling, worthy of a lifetime of learning and of effort, worthy of patients who bare their bodies, hearts and souls to you as precious.”

Advice: “I think patients and peers appreciate a doctor that can speak the truth, whether it is good or bad news. This helps build trust and respect between all parties.”

Leadership: “I believe in leadership by example. That means in every aspect of your life – professional, personal, social – you strive every day to live the values that you believe in. The way we lead our lives is a powerful statement to others.”

Motivation: “Being a physician is truly the highest honor. As science is an ever-changing field, you get to continually learn and expand your knowledge base.”

Advice: “I like to tell people, ‘Don’t be afraid. Be courageous. Try something different.’ Those new experiences and new roles will only increase your knowledge and your experience. Try different things, be courageous and also lead change.”

Leadership: “You need to be compassionate with your employees. You need a vision that they follow, you need to be effective in communicating with them and you need an open-door policy with them.”

Advice: “You must enjoy what you are doing. Healthcare is an extremely important field, but it can also be stressful at times. Don’t underestimate your contribution to your patients and their families.”